I used to be a lot like you.  My child’s health issues consumed my time, energy, prayers, and income.  That is, until I met Dr. Catherine Rupp.  My letter below will describe why I found Dr. Rupp and how she saved my daughter’s life.

Shortly after my daughter was born, I realized something was not right.  Minutes after she ate, she would have diarrhea.  And, over the first few months of her life, she developed head-to-toe eczema.  I drove her to every doctor and specialist I could find, and they all concluded she had severe allergies and wrote out countless prescriptions.  Despite the drugs doctors were giving her, her condition only worsened.  She was painfully skinny and developed huge welts all over her body after every round of vaccines.  Her diarrhea would not let up, so the doctors changed her formula dozens of times.  She was hospitalized, poked, prodded, examined, studied, and yet there was no improvement.

A Child Allergic to Life…

Meanwhile, any type of food I gave my daughter caused her to have hives.  I found out the scary way that she was deathly allergic to eggs.  Lotions, soaps, cleansers, fabrics, fragrances, furniture, people, stores, etc. – she was allergic to everything.  She was in such a sad and pitiful condition.  And, because none of the doctors and specialists who examined her seemed even the least bit concerned and only offered more medicine, I was desperate to find an alternative.

I spent day after day and night after night researching and reading about other kids who were “allergic to life.”  I kept coming across other parents discussing NAET and allergies.  The reviews were mixed.    Some parents reported success and decreased sensitivity to allergens, while others said they had tried it a few times with no change in their children’s allergies (Now, I know the parents who tried a few times simply gave up too soon).  Regardless of the uncertainty, I was desperate and willing to try anything.  Plus, I found a NAET physician, Dr. Catherine Rupp, who was a Board Certified Pediatrician at a major health network.  This distinction was important to me, because on the surface NAET seemed hokey; Dr. Rupp’s professional background was a credibility factor.

So that my daughter could receive NAET treatments from Dr. Rupp, I drove 2 ½ hours every week, twice a week, for 10+ weeks to get through NAET’s basic 15.  Believe me, there were moments, when I questioned what I was doing and if Dr. Rupp’s treatments were making a difference.  I fought my western mentality, which told me that NAET seemed hokey.  But, slowly, I started noticing improvements in my daughter’s condition, albeit small and gradual ones.  Moreover, she developed a beautiful affection for and a noticeable peace while around Dr. Rupp, which has not been duplicated with anyone else.

A Happy and Healthy 6-year-old…

Four years later, I still take my daughter to Dr. Rupp for her weekly NAET treatments.  In fact, we moved just to be close to her practice.  She still gets occasional eczema flare ups and is on a limited diet.  But, my daughter is alive, goes to a normal school every day without incident, and is happy and healthy.  Most importantly, Dr. Rupp has never insisted, during the entire time we have been going to her, that medicine was the answer.  In other words, through Dr. Rupp, she is healing slowly but naturally.  My daughter went from a state of “failure to thrive” under the care and direction of traditional doctors, to a bouncing six-year-old, who unless you knew of her situation, you would think was completely “normal.”

If you are looking for a quick fix, Dr. Rupp will not fit the bill.  But, if you are not happy with the results and side effects of Western Medicine and want to truly heal, I urge you to call her.  Healing takes time and an expert to guide you through the process.  Rupp Holistic Health offers both.

Please feel free to reach out to me with specific questions you may have about my daughter’s experience with Dr. Catherine Rupp.

My daughter’s health issues no longer consume my time, energy, and income.  My prayers now are mostly that of thanksgiving – thankful for Dr. Rupp and for every day that my daughter goes to school and comes home safely.  In fact, she only missed a few days of school during her Kindergarten year due to common colds.  And, no, Dr. Rupp never prescribed any drugs during those few times.  My daughter healed naturally under the guidance of an expert healer, who we lovingly refer to as, “Dr. Cathy.”

~ A Healing Family ~ Dr. Catherine Rupp, M.D. and her daughter Anneliese who is a second year medical student at Marian University in Indianapolis, IN 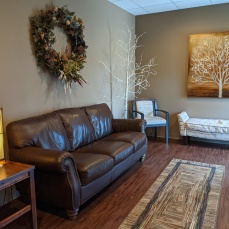 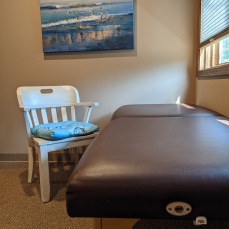 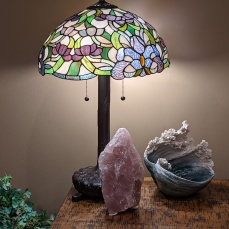 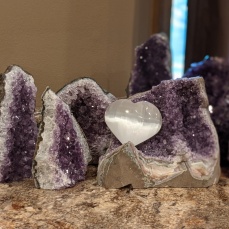